Top vineyard sites have always been the cornerstone of our wines. Our original ranch in Bennett Valley is, without question, one of the top new world sites for cool climate Syrah. In 2015 we acquired the iconic Platt Ranch in Bodega. We believe that Platt is the top site for Pinot Noir and Chardonnay in California. Eric Flanagan, through a targeted vineyard investment fund he started, acquired the Platt Vineyard and also purchased the Gap's View vineyard in the Petaluma Gap area of the Sonoma Coast AVA. Our vineyard designated wines currently include Platt Pinot Noir and Chardonnay, Ritchie Vineyad Pinot Noir and Chardonnay, Bacigalupi Chardonnay, and Gap's View Pinot Noir.  I believe that, "access to the best fruit sources is the most critical part of making great wines".

The Platt Vineyard is a stunning coastal ranch with 300 acres of hillside covered in redwoods and firs. Along the ridgeline, high above the morning fog, lie 31 acres of Pinot Noir and Chardonnay vineyard. All of the vines are planted in the highly prized Goldridge fine sandy loams. From the top of the property, you can see the tiny town of Bodega and the Pacific Ocean. This is a truly spectacular coastal vineyard that ripens small crops of intense fruit at very low sugar levels. We believe Platt is the best Pinot Noir and Chardonnay vineyard in California. 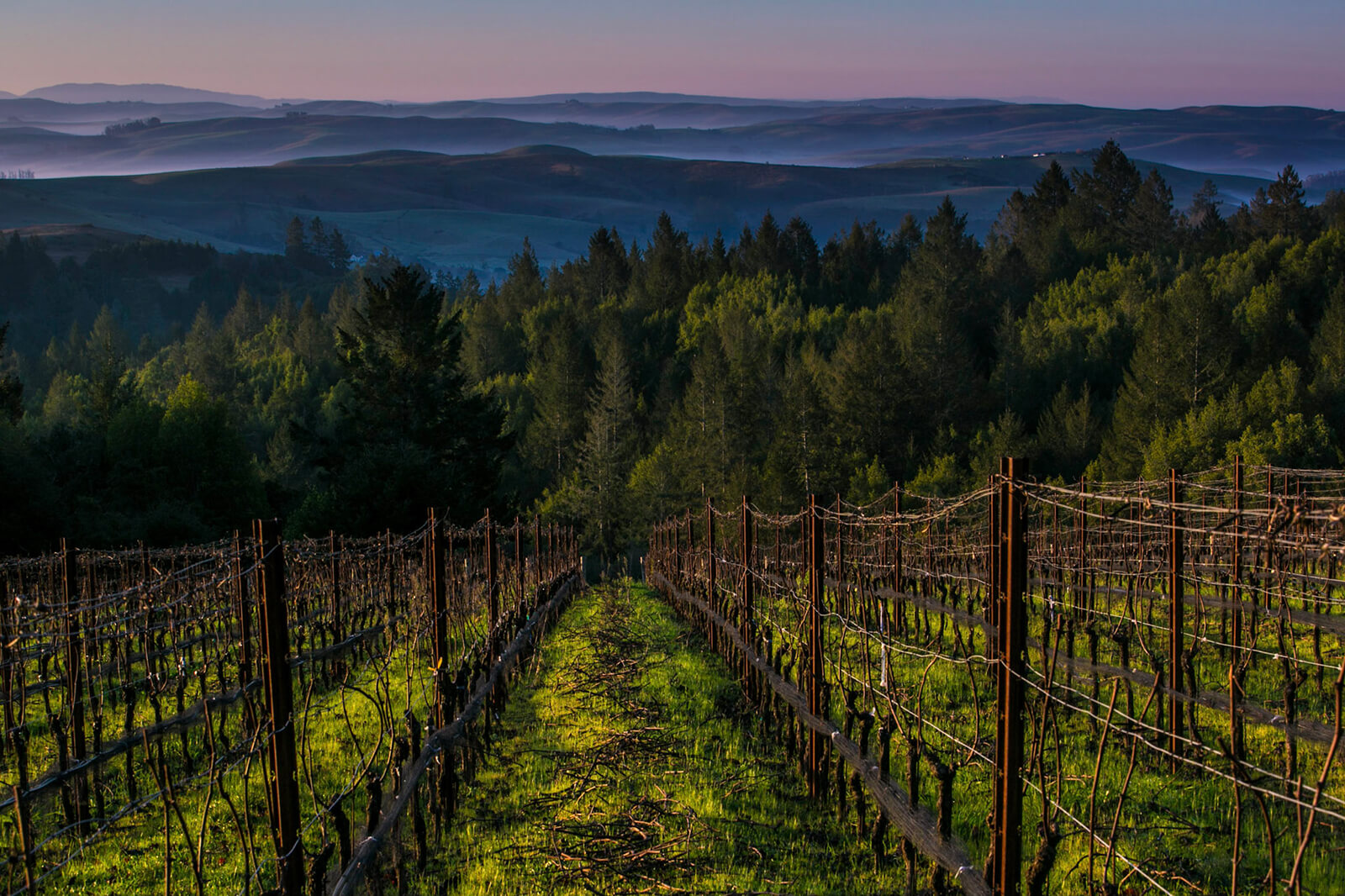 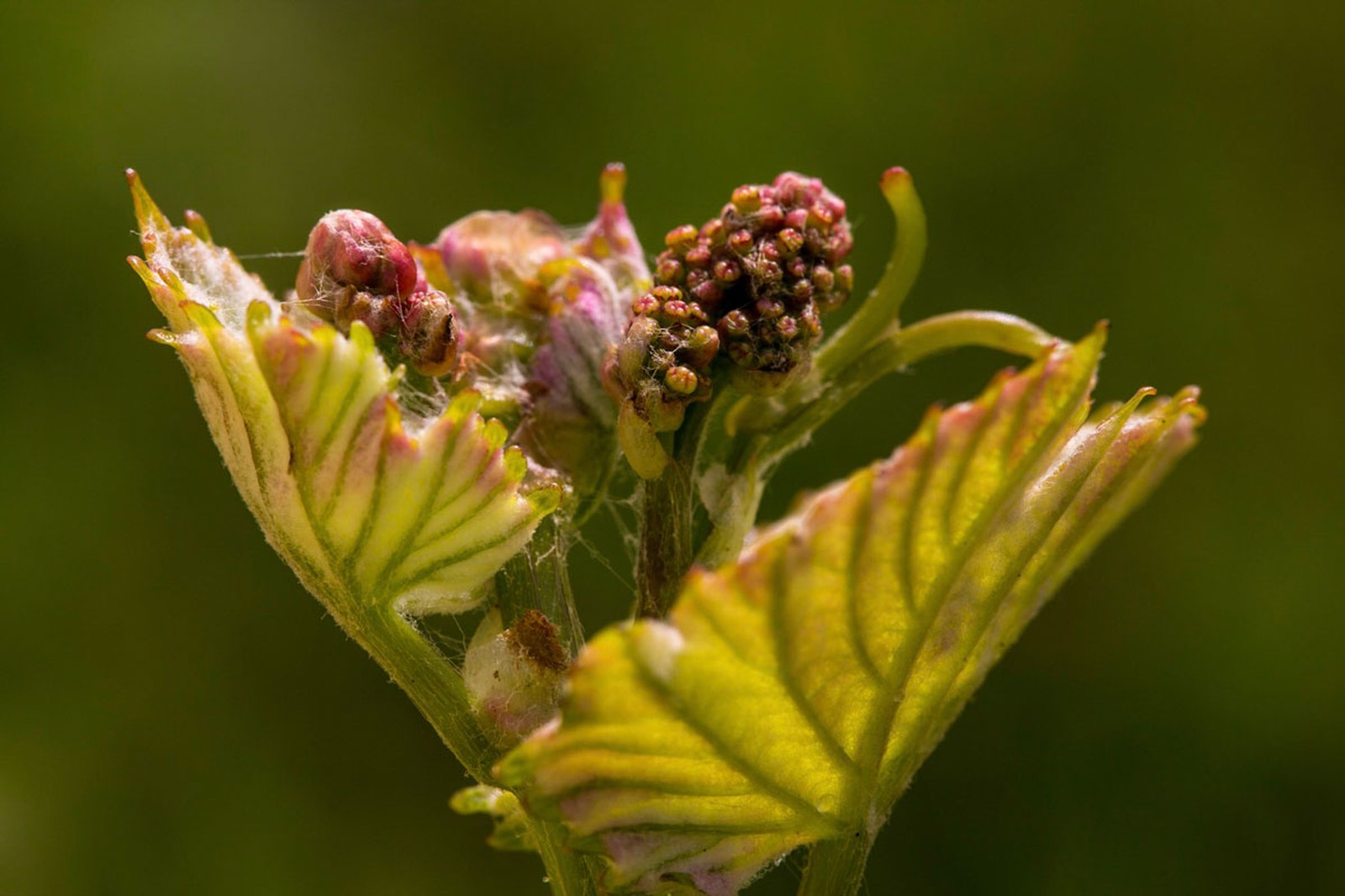 Just a few miles south of our winery on West Dry Creek Road the Bacigalupi family owns approximately 120 acres of Chardonnay and Pinot Noir Vineyards on Westside Road. We sourced fruit for the 2015 Flanagan Chardonnay Bacigalupi Vineyard from one of their top blocks. Bacigalupi was the source of the Chateau Montelena Chardonnay that, famously, beat the French wines at the “Judgement of Paris” tasting in 1976.

The Ritchie Vineyard is one of the most famous Chardonnay sites in Sonoma County. The vineyard was planted in the early 1970’s to a Wente clone of Chardonnay on AXR-1 rootstock.  It was later discovered that AXR-1 was not phylloxera resistant and owner Kent Ritchie was told he would need to replant the vineyard. Forty years later the vineyard still produces world class fruit! 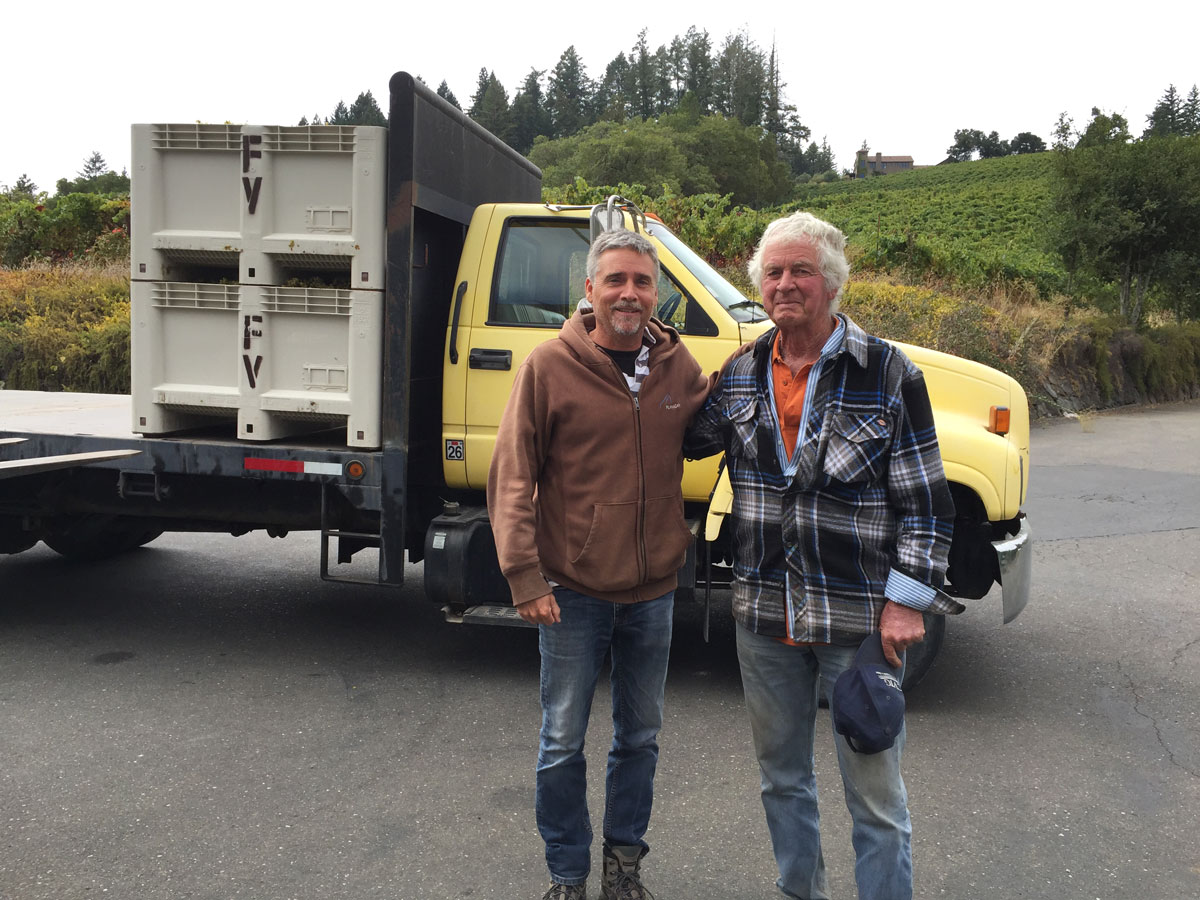 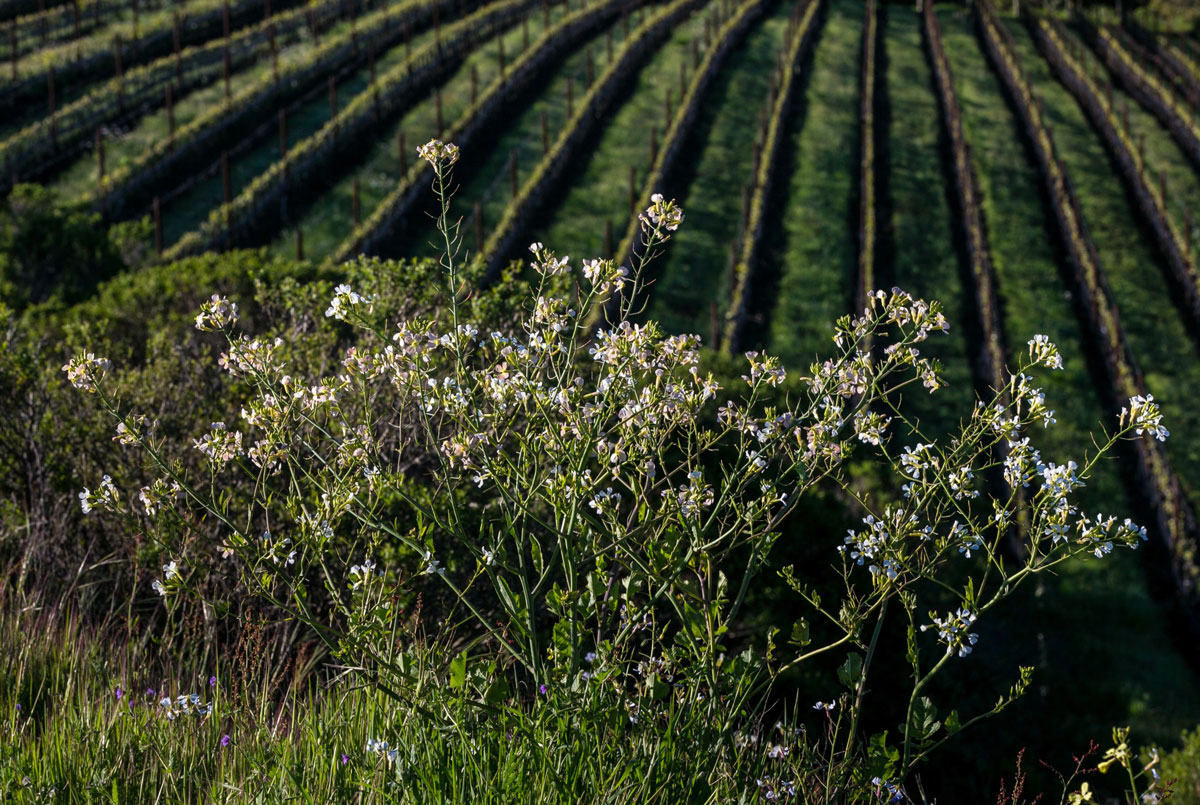 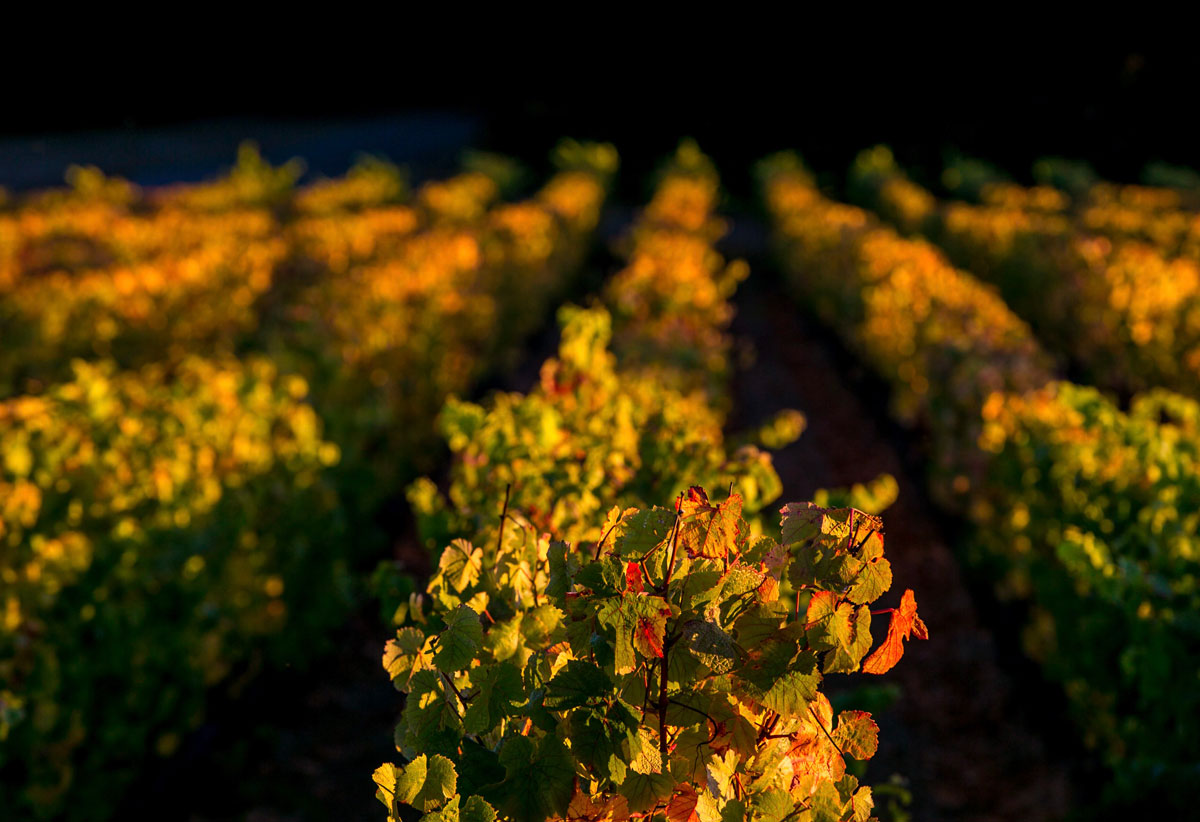 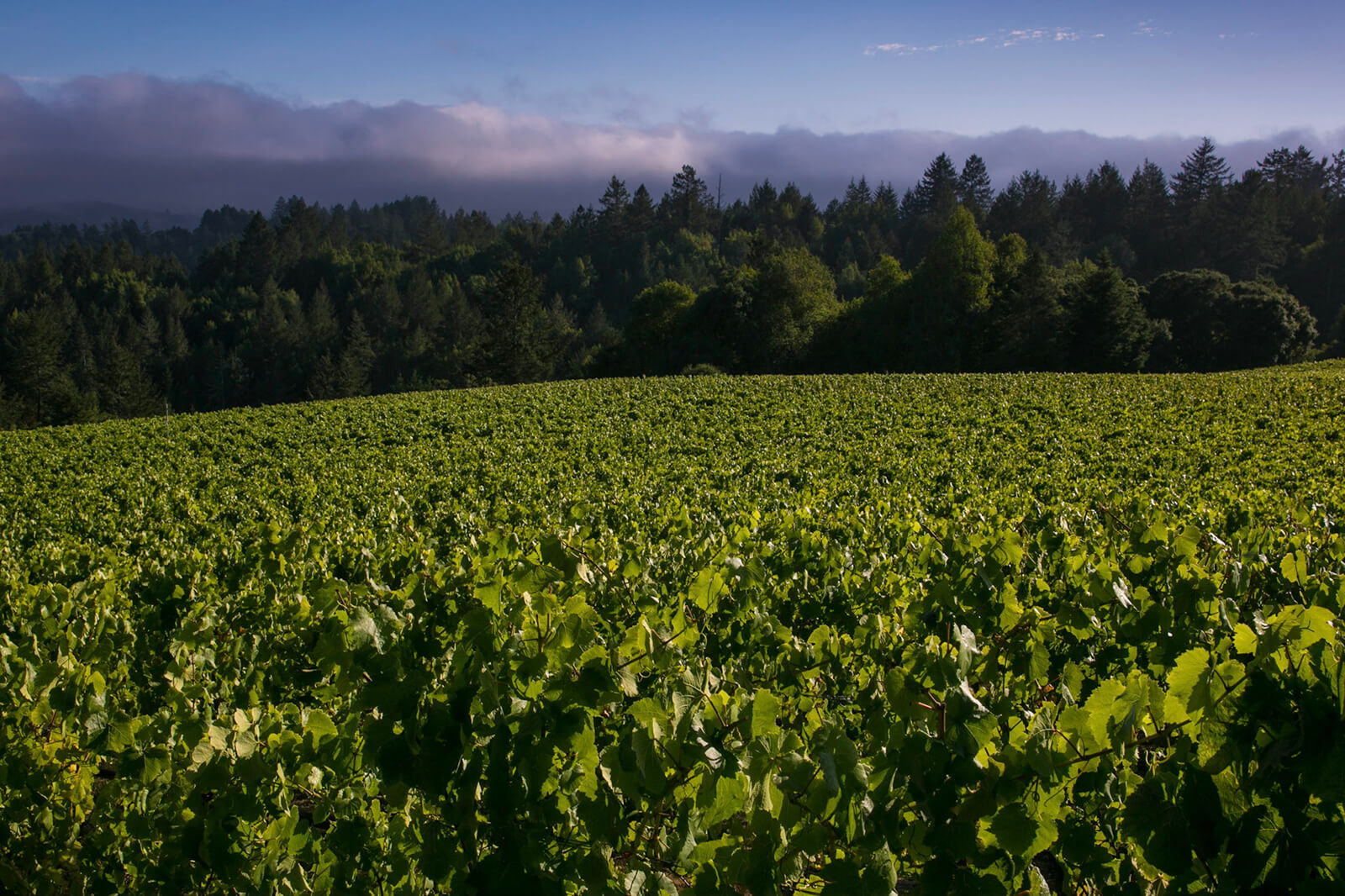 Gap's View is a climatically perfect site located just southeast of Petaluma.  Cool afternoon winds from the Petaluma Gap keep the fruit clean and allow it to ripen slowly.  The 41 acres of Pinot Noir produce a structured, layered Pinot Noir and this site is the core of our Sonoma Coast Pinot Noir.  We also produce a small amount of a vineyard designated wine from this exceptional site.

We continue to source our Syrah from our original vineyard in Bennett Valley, which, sits at 1200 feet elevation on the southwest facing slopes of Bennett Mountain in Sonoma County. The soils are rocky, volcanic cobbles with excellent drainage. The vines were planted in 2002 on 6 x 4 spacing. The vineyards sit at the confluence of two maritime influences: San Pablo Bay to the south and the Petaluma Gap to the west. Being a warm micro-climate in a cool region means bud break is early, but harvest is late. The extra hang time for the grapes, along with the low yields and the hillside site, delivers intense, complex fruit with beautiful flavors.

Centered around the Russian River, the Russian River Valley AVA accounts for about one-sixth of the total planted vineyard acreage in Sonoma County. The appellation was granted AVA status in 1983 and enlarged in 2005. The area generally lies between Sebastopol and Santa Rosa in the south, and Forestville and Healdsburg in the north.

The Russian River Valley has a characteristically cool climate, heavily affected by fog generated by the valley’s proximity to the Pacific Ocean. The area is known for its success with cool climate varietals, notably Pinot Noir and Chardonnay. The Russian River is a rain-fed waterway that swells in the wintertime and provides vital irrigation to the region’s vineyards during the dry season in late spring. In the summertime, the warmth of the season is tempered by the maritime influence of fog that facilitates a long, slow ripening period and limits the risk of over ripeness or “baked” flavors in the grapes. Harvest in this area often takes place at later dates than in its neighboring regions.

Russian River Valley is an area rich in history. Grape growing and winemaking are integral part to the story of the land and its past. The Russians, who first settled along the Sonoma coast at historic Fort Ross from 1812 to 1841, planted the very first grape vines in this area. By 1876 viticulture was well established in the Russian River Valley, and then after prohibition winemaking began again in the 1960’s when Bob Sisson, the University of California Farm Advisor for Sonoma County, began urging local growers to turn their focus toward cool climate grapes like Chardonnay and Pinot Noir and the rest is history.

Vineyards in the Russian River Valley vary in size from small family-owned farms to larger ranches. The combination of the winegrower’s passion and experience blend with this perfect grape-growing region to produce the unique fruit character found in exceptional Russian River Valley wines.

The Sonoma Coast American Viticulture Area (known as an AVA or appellation) may be Sonoma County’s most enigmatic wine region. From the wild, wind-swept northern coast to the gently rolling hills of the southern dairy land, it spans the county.

Direct, daily influence from the Pacific Ocean defines the appellation. In the northern reach, vineyards are planted high on ridges just a few miles inland. Many lie above the fog that moves in to blanket lower elevations in the afternoon.

The heart of the AVA includes the Freestone area, a sheltered, pastoral valley where hillside vineyards bask in sun when it breaks through the fog. In the south, vines in adobe soils grow to the edge of salt mashes bordering San Pablo Bay.

2014 Beauty of Three Proprietary Red
FOR A LIMITED TIME OUR #1 RESTAURANT WINE IS NOW AVAILABLE FOR YOU!